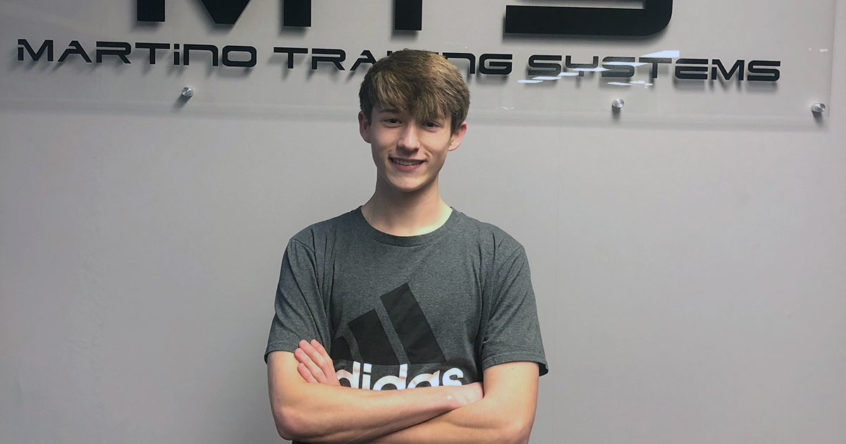 Congratulations to Cooper Buzbee for being voted January’s Athlete of the Month!! It’s hard to believe that he has been training with us since the Summer of 2016. Cooper is now a Sophomore soccer player for Glendale and plays club soccer with the Magic! The last 6-8 weeks he has been here just about everyday and started coming early on his own accord, dragging his mother and father behind him. Getting his workouts done early in the day so he can either condition, practice, or play that afternoon or evening. Not only has he been showing up but he has definitely started pushing himself. This kind of dedication has resulted in dramatic increases in his strength that will transfer to more success on the soccer field. So if you see him whether it’s morning or afternoon, tell him to keep up the good work!!

What did you do before joining MTS in regards to working out?
Running

How long have you been with MTS?
Consistently 3 months

What’s your favorite workout/exercise at MTS?
Back squat and medicine ball rocking twist

How is MTS different than other methods of training you may have tried in the past?
It works and it’s fun.

How has MTS helped you attain your fitness goals or athletic endeavors?
I am the most in shape than I have ever been.

Advice to those just starting out?
Just do it, it’s worth it.