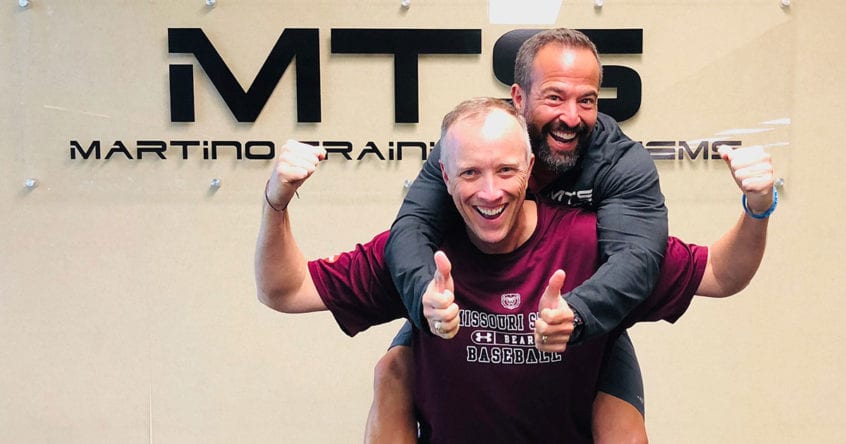 Congratulations to Justin French for receiving September’s Athlete of the Month honors!! Just has been training with MTS since September 2009. He’ll tell you that he isn’t billboard material but we beg to differ. Aside from adding muscle, Justin came to us squatting to about 45 degrees. Now, he frequently makes extra money picking those Dalla Bills up in the Deep Squat position!! Justin’s consistency has also allowed him to add distance to his already scratch golf game. It’s been his continued effort and commitment the last 3 months that is allowing him to reach new levels in his training. Those of you that know Frenchy know that he is a devoted family man and we are blessed to have him as part of our community.

What did you do before joining MTS in regards to working out?
Cross Fit

How long have you been with MTS?
9 years

What’s your favorite workout/exercise at MTS?
Anything Martino assisted.

How is MTS different than other methods of training you may have tried in the past?
Great community of people & workouts vary every day.

How has MTS helped you attain your fitness goals or athletic endeavors?
Paul and Andy help to target specific areas I need help with.

Advice to those just starting out?
Show up