Occupation: Director of Development for Fireworks Over America & Fireworks Supermarkets

How much weight have you lost?
22 pounds and 4 inches in my waist. I now weigh 148 pounds. 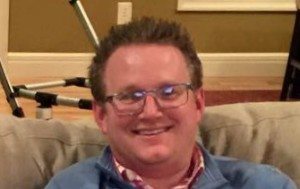 What has changed since joining MTS that has lead to your weight loss?
First thing was realizing I was fat and needed to make some life style changes. I started the Paleo Diet which is essentially cutting out carbs, dairy and no processed foods. The first two weeks were brutal. After that, it became fairly easy. Of course, Paul allowed me one cheat day a week which I think is crucial. He was also extremely motivating. It allowed me to let loose once a week which I eventually eliminated as well. That is, except alcohol consumption which has diminished considerably. To most people this probably sounds awful, but I feel great, and I am full of energy all the time. It’s really become a lifestyle change which I actually enjoy. My change in diet is not the only thing that I do differently, I have also been extremely dedicated in the gym.

What’s your favorite exercise/workout at MTS?
My favorite workouts are anything timed because of the competition. I also enjoy working out my legs and arms.

What’s your least favorite workout/exercise at MTS?
Monday workouts at MTS are essentially the worst. I personally hate DB Snatch’s, Burpees & the bike sprints. Although I understand the benefit of the bike, I don’t understand the purpose of the other 2 two exercises. They should be removed forever.

Advise to those starting out?
If I can do it you can do it. Seriously, get a game plan from MTS and be dedicated. Don’t kill yourself, but make it fun and enjoy the hell out of those cheat days.

Why MTS?
If it weren’t for the model Paul, Bryan and Andy incorporate I wouldn’t work out. It’s that simple. We never do the same workout twice and they always incorporate new things. MTS has created a fun atmosphere for everyone and every body type. I would highly recommend if you’re not currently with MTS that you give them a shot.